Where it All Started

The History of the Lions

The International Association of Lions Clubs began as the dream of Chicago businessman Melvin Jones. He believed that local business clubs should expand their horizons from purely professional concerns to the betterment of their communities and the world at large.

Jones' group, the Business Circle of Chicago, agreed. After contacting similar groups around the United States, an organizational meeting was held on June 7, 1917 in Chicago, Illinois, USA. The new group took the name of one of the invited groups, the "Association of Lions Clubs," and a national convention was held in Dallas, Texas, USA in October of that year. A constitution, by-laws, objects and code of ethics were approved.

Among the objects adopted in those early years was one that read, "No club shall hold out the financial betterment of its members as its object." This call for unselfish service to others remains one of the association's main tenets.

Just three years after its formation, the association became international when the first club in Canada was established in 1920. Major international expansion continued as clubs were established, particularly throughout Europe, Asia and Africa during the 1950s and '60s. 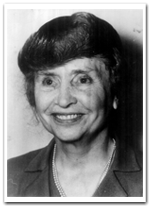 In 1925, Helen Keller addressed the Lions international convention in Cedar Point, Ohio, USA. She challenged Lions to become "knights of the blind in the crusade against darkness." From this time, Lions clubs have been actively involved in service to the blind and visually impaired. Broadening its international role, Lions Clubs International helped the United Nations form the Non-Governmental Organizations sections in 1945 and continues to hold consultative status with the U.N.

In 1990, Lions launched its most aggressive sight preservation effort, SightFirst. The US$202 million program strives to rid the world of preventable and reversible blindness by supporting desperately needed health care services.In addition to sight programs, Lions Clubs International is committed to providing services for youth. Lions clubs also work to improve the environment, build homes for the disabled, support diabetes education, conduct hearing programs and, through their foundation, provide disaster relief around the world.

Lions Clubs International has grown to include 1.3 million men and women in approximately 45,000 clubs located in 200 countries and geographic areas.

Who We Are Today

Lions meet the needs of local communities and the world. The 1.35 million members of our volunteer organization in 206 countries and geographic areas are different in many ways, but share a core belief – community is what we make it.

When it comes to meeting challenges, our response is simple: We serve. It's something that unites Lions around the world. And it's unconditional. Lions aren't limited by continents or restricted to certain causes. We help wherever, whenever and however we can.

Our donations of time and money reach beyond the boundaries of downtown Osseo. The Osseo Lions serve the entire geographic borders of the Osseo School District area, other non-profit organizations throughout Hennepin County that have a reach and impact on local community (in and around Osseo), and state, national and global initiatives supported by Lions International. Here is a short list of a few of the local organizations and groups we've supported this past year.

The more who find out about Lions Club International and our Osseo Club's local initiatives, the more support we receive to support communities like ours. Post a link to your Facebook page or other social media accounts today. Think about making a donation. You can always donate anonymously.

And, rather than making a one-off donation, consider volunteering your time or becoming a LION somewhere in the “real world”.