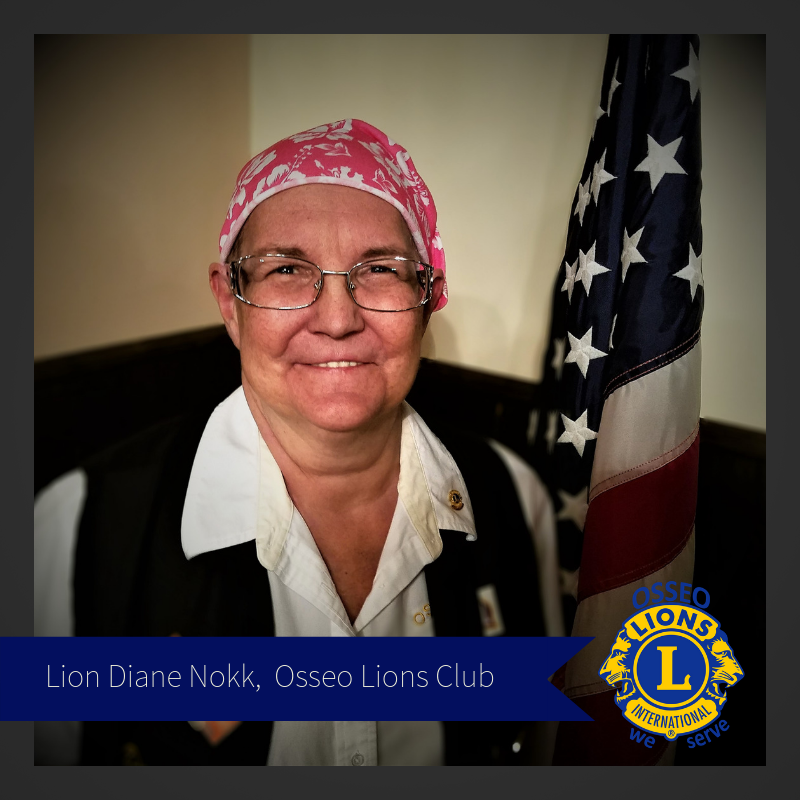 Lion, Past District Governor, Diane Nokk lost her battle with cancer this morning and our hearts are hanging a little heavier today.

Lion Diane served as the District Governor for the Hennepin County Lions Clubs from 2014-2015. She was also one of the Trustee’s who started the Minnesota Lions Diabetes Foundation at the University of Minnesota; contact Castle Keepers serving from 2004-2010. And, then in 201,7 she took office as Lion Club President of the Osseo Lions Club where she chaired a number of events and worked fiercely to help her community.

Lion Diane Nokk was a true example of Lionism, and we will forever treasure her leadership, her enthusiasm for her community and the Lions club, and most of all, her friendship.